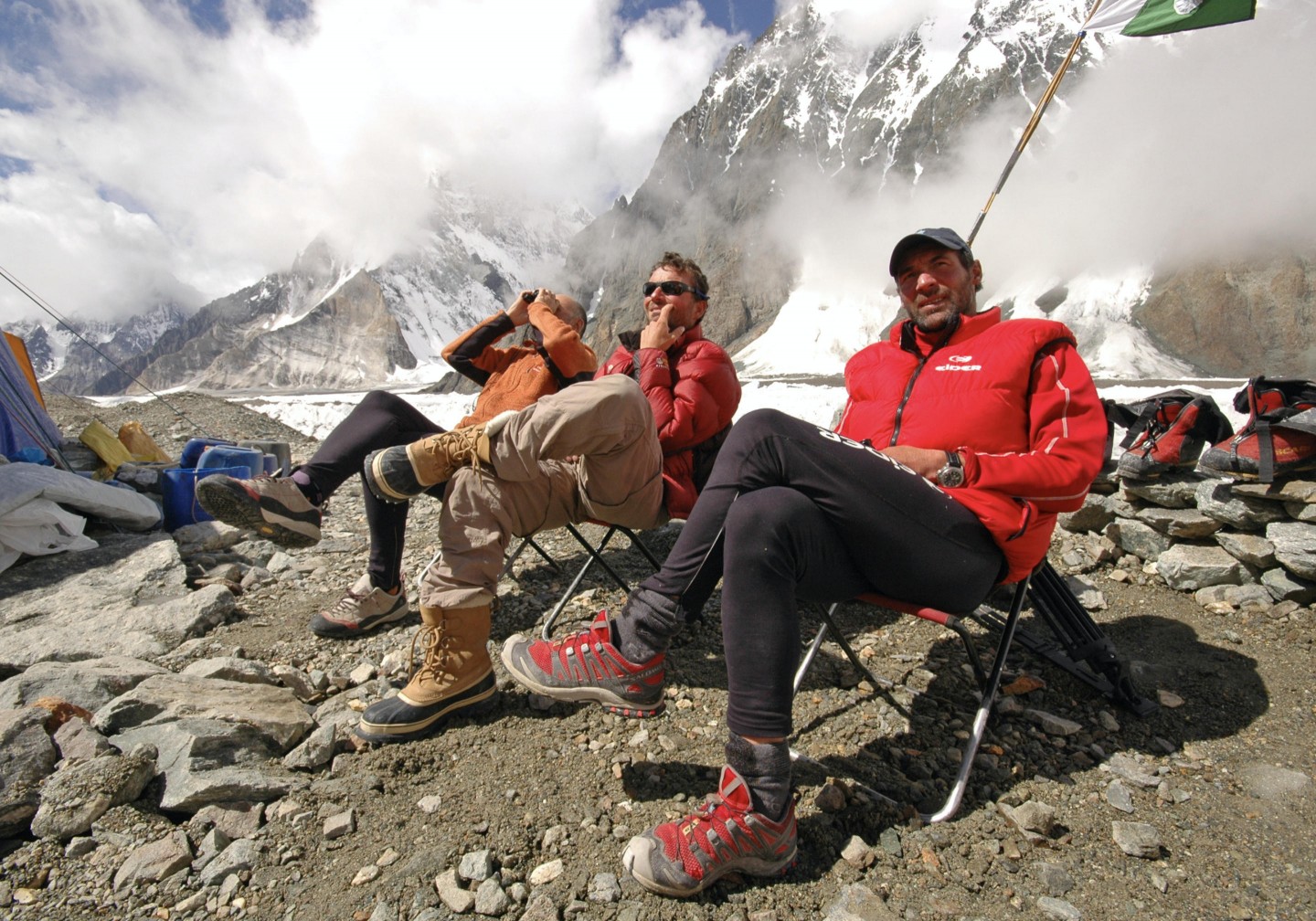 While many of us consider a hike up to Pierre Avoi a test of our limits, there are others in our community who truly understand what pushing oneself to the very edge of existence is. One of these people is Fred Roux, an unassuming Valaisan mountain guide who lives in the tiny village of Vens, teetering above Sembrancher. It has been a few months since Fred, along with legendary South African-born Swiss mountaineer Mike Horn, tried, for the third time, to summit K2. He told Verbier Life about this experience, his relationship with Mike and his connection to the mountains there and here.

Fred looks like a mountain guide. He is tanned and rugged and wears the same green puffer to our interview that he wore on his last expedition. There’s no ego here, he is all passion with a self-deference that makes it possible for him to look at death and not be overwhelmed.

K2 is the second tallest peak in the world at 8,611m. Unlike Everest however, it remains unattainable even for many of the world’s most experienced mountaineers. It is a mountain of mystery, known for its steepness, its long distance to base camp, and its staggering beauty. Some call it ‘the mountain of mountains’ and others ‘savage mountain’. Mike and Fred have attempted on all three occasions to climb K2 from the Pakistani side in alpine style – this means using no supplementary oxygen and no fixed ropes.

On this last attempt, they made their push for the summit on July 16th. But the weather was against them. “We climbed to over 8, 000 metres, but we had to stop 400m from the top. We couldn’t even see our feet”. Once back at base camp, Mike spent the night massaging his own toes which were frost-bitten. Their window of opportunity had closed as Mike needed to continue with his Pole2Pole expedition. Fred is relaxed and philosophical. His smile is infectious, as is his laugh. Would he do it again? “Yes, maybe… but if we go back it will be from the Chinese side, now on the Pakistani side there are too many commercial expeditions, it’s too busy”.

Does he think that K2 will follow the same course as Everest? “I think so. Some of the big agencies are trying to make commercial packages to all the 8,000m plus mountains in the world. I think there were about 140 climbers in the basecamp this July, only 4 or 5 of us were climbers who don’t use oxygen”. Discarded oxygen tanks account for much of the litter that the exploitation of Everest has created.

It takes a personality like Fred’s to do what he does – at times jovial and sunny during our meeting, he is also reflective and real.

He describes his relationship with Mike, who he has known and worked with for 20 years, as easy. “We work together, we make decisions together” he says. On their first ascent in 2013, the decision to turn back was much harder. “We were around 7,500m and it was a really blue sky. But we had a bad feeling. That combined with a snow report influenced our decision and we turned back”. There were two New Zealanders just behind them, a father and his son, Marty and Denali Shmidt, who decided to continue. They climbed about 20m further before the whole slope avalanched and the pair were lost.

“You can be an expert in avalanches, but an avalanche doesn’t know or care if you are an expert” Fred says. As an older guide, he has learnt how important it is to follow your gut.

And what about life here in the Val de Bagnes? Fred reflects sadly on how evident the shrinking of the glaciers is here when returning after two months in the Himalayas, where you are surrounded by immense glaciers and so much snow. “When I was younger, we would be skiing up at Gentianes Mont Fort all the time during the summer. It’s sad when you see what is left there for my children”.

Fred and Mike share a unique bond. “Fred has been a lifelong friend and we lived moments very close to death together. Just by looking in his eyes, I can see the excitement or I can see the fear. And that is what friendship is all about. Friendship is understanding what’s going on in the mind of your best friend that is risking his life as you are risking you life,” comments Mike, who is currently in the North Pole.

When asked if he is following his latest expedition, Fred laughs, “yes, and I’d much rather be here!”
Theirs is a true partnership – where will it take them next ?